Obey the Authorities - When?

„Let every person be subject to the governing authorities. For there is no authority except from God, and those that exist have been instituted by God. Therefore whoever resists the authorities resists what God has appointed, and those who resist will incur judgment.“ (Romans 13:1, 2 ESV) 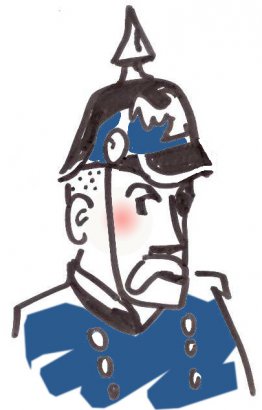 Should a Christian obey the authorities? Romans 13:1-7 seems to say "Yes, always!"

However, it can be said that what Paul is describing here is the IDEAL government: which rewards the good and punishes the bad and in this way is "God's servant for your good" (verses 3 and 4). One MUST submit to such a government.

1 Peter 2:13, 14 also speaks of a king and of "governors as those who are sent by him to punish evildoers, but to praise those who do good". Such persons of authority should be submitted to for the sake of the Lord, Peter wrote under inspiration.

In Luke 4:5-8 the devil claims that all kingdoms of this world are given to him and that he can dispose of them at will!

"Then the devil led Jesus up to a high place. In an instant, he showed Jesus all the kingdoms of the world. He said to him, “I will give you all their authority and glory. It has been given to me, and I can give it to anyone I want to. So if you worship me, it will all be yours.”" (Luke 4:5-7; NIRV)

If the authorities belong to the devil, why should we obey them? That is a contradiction!

Let us first examine whether what the devil is claiming is true at all.

So, we can conclude: The governments of this world ARE in Satan's power.

If one imagines governmental and administrative bodies as a pyramid, the top is supposed to be absolutely under Satan's influence, and the base often comes closest to the good divine model. 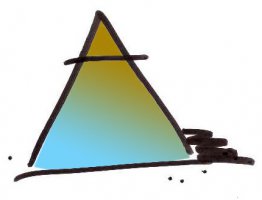 Why should we still submit to the authorities?

Reason 1: A Bible translation states: "The existing authorities stand placed in their relative positions by God" (Romans 13:1; NWT) - namely as a means of limiting absolute chaos and anarchy in human society.

Reason 2: "For this is the will of God, that by doing good you should put to silence the ignorance of foolish people." (1. Peter 2:15; ESV) So as an example and as a testimony of faith for people who are far from God.

Submission, of course, ENDS where it runs counter to God's commission and God's justice. When the Jewish authorities forbade the preaching of the gospel, the apostles did NOT obey. (Acts 5:27-29) Similarly, a government that punishes good and promotes evil rather than the other way around would have lost its claim to Christian obedience, for God's Word says:

„Woe unto them that call evil good, and good evil; that put darkness for light, and light for darkness; that put bitter for sweet, and sweet for bitter!“ (Isaiah 5:20; KJV)

Governments in the future - what does the Bible predict? And how should we act then?

God's prophet Daniel got the foresight of a fourth wild beast, brutal and very destructive, a world power that was different from the powers that preceded it:

„After this I saw in the night visions, and behold, a fourth beast, terrifying and dreadful and exceedingly strong. It had great iron teeth; it devoured and broke in pieces and stamped what was left with its feet. It was different from all the beasts that were before it, and it had ten horns.“ (Daniel 7:7; ESV)

In the Bible, wild animals are symbols for kings, empires, governments. This image of a coming world power is again found at the end of the Bible in the book of Revelation, which describes our present time and our future. (put simply)

Read Revelation chapter 13, and read it several times, because it concerns our near future!

The wild animal world power will wage war against the "saints" (followers of Christ) and even overcome them. (See verse 7; also Daniel 7:21)

Does the duty of obedience still apply? Of course not!! On the contrary: Whoever admires and worships the "beast-like power" will NOT be in God's book of life. (Verse 4 and 8) The one who bows to the compulsion and accepts its "mark" on his forehead or right hand has it easier. On the other hand, those who refuse to accept it cannot buy or sell, but they certainly have God's support. (Revelation 13:16-18)

This reminds us of the announcements made by some governments that only after vaccina†ion one can return to normality and participate in social life (shopping, events, travel, etc.). There are plans to introduce a kind of digital certificate along with the vaccina†ion in the form of a chip or nanoparticles which will be charged with personal data (markers). Then all that is needed is a detecting device at the entrance to supermarkets and cinemas to open - or close - the door. No "sign" - no entrance, similar to a digital cat flap. 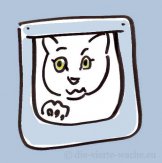 The Great of the world are rebelling against Christ

„The kings of the earth take their stand
And high officials gather together as one
Against YHWH and against his anointed one.
They say: “Let us tear off their shackles
And throw off their ropes!”

[...]
So now, you kings, show insight;
Accept correction, you judges of the earth.
Serve YHWH with fear,
And rejoice with trembling.

Honor the son, or God will become indignant
And you will perish from the way,
For His anger flares up quickly.
Happy are all those taking refuge in Him.
(Psalm 2:2, 3, 10-12; NWT)

Kings, princes, high officials, judges, the greats of this world - these are all terms for our authorities. Authorities who will rebel against the Almighty God Yahuah and his anointed King Yahusha-ha-Mashiach.

So we are now in a conflicting process between benevolent authority and inhuman authority, between godly obedience and godly disobedience. How do we position ourselves? This will be (or already is) a new decision every day, in which our Lord Yahusha (Jesus), who directs his loving attention to us, and the Holy Spirit of God YHWH will help us to find our way with their guidance.

Let us pray to them for this.

„Then Peter and the other apostles answered and said, We ought to obey God rather than men.“ (Acts 5:29; KJV)