God´s Kingdom – in Heaven or on Earth?

"Pray then like this: “Our Father in heaven, hallowed be your name. Your kingdom come, your will be done, on earth as it is in heaven." (Matthew 6:9,10)

What is God's kingdom? And where is it? 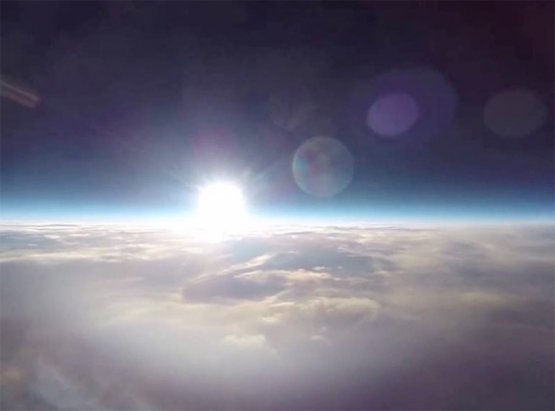 The original Greek word is "βασιλεία".
According to Strong´s Dictionary, basileia means ... a kingdom is usually made up of Is the seat of government always in the middle of the geographical scope?

For example, Canada's head of state is Queen Elizabeth II of Great Britain, who resides in London (United Kingdom). The same applies to Australia and 14 other countries: Similarly, the seat of government of God's Kingdom may be in heaven, while the scope of the Kingdom (the ruled lands) is on earth: The King of the Kingdom of God: Jesus Christ

A kingdom is logically an area where a king rules. This king is Yahusha ha-Maschiach (Jesus Christ).

Why "Kingdom of Heaven"?

Part of the answer can be found in the Bible book of Daniel.
There it was predicted over 2500 years ago:

“In the time of those kings, the God of heaven will set up a kingdom that will never be destroyed ..." (Daniel 2:44)

So this kingdom is established by the "God of Heaven", YHWH, from whom the impulse and power for it emanates. The author of this special, indestructible kingdom, Yahuwah, sits in heaven. A government treaty and ... official residences!

Is that the only reason why it is called the "Kingdom of Heaven"? No, that is not the only reason. At his last supper, Jesus made a covenant with his apostles, a kind of government contract:

"You are those who have stayed with me in my trials, and I assign to you, as my Father assigned to me, a kingdom,
that you may eat and drink at my table in my kingdom and sit on thrones judging the twelve tribes of Israel." (Luke 22:28-30; ESV)

The "King's Table" is, of course, in the Royal Palace and forms, so to speak, the centre of power in the kingdom. But should this "table" be in heaven or on earth?

Yahusha explained to his apostles that same evening:

"There are many rooms in my Father's house. If this were not true, I would have told you. I am going there to prepare a place for you. If I go and do that, I will come back. And I will take you to be with me. Then you will also be where I am." (John 14:2,3; NIRV)

Where is the "house of his Father" Yahuwah (YHWH)?
His "dwelling place", that is clearly the heavens:

"From heaven the Lord [YHWH] looks down and sees all mankind;
from his dwelling place he watches all who live on earth."(Psalm 33:13,14; NIV)

So Yahusha announced that He would prepare a living space for them in heaven and then come to fetch them for a life in heaven. Like this (click to enlarge):

"For the Lord himself shall descend from heaven with a shout, with the voice of the archangel, and with the trump of God: and the dead in Christ shall rise first: Then we which are alive and remain shall be caught up together with them in the clouds, to meet the Lord in the air: and so shall we ever be with the Lord." (1. Thessalonians 4:16,17; KJV)

This would require the future co-rulers to be transformed, because "bodies made of flesh and blood can't share in the kingdom of God" (1 Corinthians 15:50):

"Listen, I tell you a mystery: We will not all sleep, but we will all be changed—in a flash, in the twinkling of an eye, at the last trumpet. For the trumpet will sound, the dead will be raised imperishable, and we will be changed.
For the perishable must clothe itself with the imperishable, and the mortal with immortality." (1 Corinthians 15:51-53)

The immortalised (the "Bride of Christ") meet the Lord Yahusha in the air. They will have the task of serving as kings, priests and judges during the 1,000 years.

"And they sang a new song, saying: “You [the Lamb] are worthy to take the scroll and to open its seals, because you were slain, and with your blood you purchased for God persons from every tribe and language and people and nation. You have made them to be a kingdom and priests to serve our God, and they will reign on the earth.” " (Revelation 5:9,10; NIV)

"I saw thrones. Those who had been given authority to judge were sitting on them. I also saw the souls of those whose heads had been cut off because they had given witness for Jesus and because of God's word. They had not worshiped the beast or his statue. They had not received his mark on their foreheads or hands. They came to life and ruled with Christ for 1,000 years.
6 Blessed and holy are those who take part in the first resurrection. The second death has no power over them. They will be priests of God and of Christ. They will rule with him for 1,000 years." (NIRV)

"Fear not, little flock; for it is your Father's good pleasure to give you the kingdom." (KJV)

The "New Jerusalem" – literally or symbolically?

The "Bride of the Lamb" is also known as the "New Jerusalem" (Revelation 21:9). She comes down from heaven, gives light to the nations and is accessible to all sincere people. (Revelation 21:10-27) Does this mean that the celestial government with Yahusha at its head will literally and physically land on Earth like a magnificently shining, cube-shaped spaceship of 12,000 stages in circumference (about 555 km edge length)?

Or is this meant symbolically and to be understood in a spiritual sense, in the sense that they will communicate the unadulterated truth of God to the nations to dispel all millennia of Satan's deceptions?

We have our thoughts on this, but we do not yet have a completely clear picture. What is your insight? Write to us, preferably with biblical references!

Is God´s Kingdom IN us?

The King-James-Bible renders the text in Luke 17:21 as follows:

Did Yahusha mean to express that the Kingdom of God is a state in our hearts? That is unlikely because of the context.

The Pharisees had asked him the question when God's Kingdom would come. That this kingdom is established in their hearts cannot be said with the best will in the world – on the contrary, they refused to recognise Him as their Messiah and asked him trick questions in order to destroy him in the end. Therefore, on another occasion, he called them "Snakes! Brood of vipers!" and children of the devil.

No, imagine the situation: Yahusha was literally surrounded by his listeners and also by the Pharisees. So in their midst stood the designated King of the Kingdom of God. He stood among them.

And it is Him we must take into our hearts to experience the Kingdom of God spiritually and literally.