The True Name of "Jesus"

"Jesus Christ and no one else can bring salvation. In all the world God has made known no other name by which we can be saved."
(Acts 4:12) 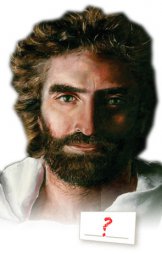 Jesus Christ lived and died as a man almost 2,000 years ago. Since then, millions of people believe in his sacrificial death and resurrection from the dead, through which he wants to bring salvation to all people.

How important it is to know the name of our Savior?
Very important, even vital! Romans 10:13 proves that:

"For whosoever shall call upon the name of the Lord shall be saved!"
(KJV)

From the context (verses 9-12) it is clear that Paul means "the name of the Lord JESUS", not the name of the Father "YHWH", as Joel did in a similar sounding passage in the Old Testament. The prophet Joel did not yet know about Jesus.

What Is The Name of The Lord To Call Upon?

Of course "Jesus", most people will now answer, shaking their heads.

The amazing thing is that Jesus was probably never called by the name "Jesus". Why is it possible to say that?

Furthermore, the English pronunciation of the letter J [ dʒ ] is very different from the sound of the original letter Jot [ i ].

In the time before the 17th century one wrote in Latin "IESV", whereby generally the "V" stands instead of the "U", because that could be chiseled better in stone than the "U" with its rounding.

This form of the name "IESV" is contained in the first Latin Bible editions from the 4th to 5th century CE, namely

What was Jesus' name before that? "IESV" was the Latin transcription of the Greek name "Iesous" ("Ιησούς"), and this appeared

Jesus, His apostles, His family, his compatriots, all were Jews and spoke Hebrew (in Jerusalem, temple and synagogue) and as colloquial language in the area of Galilee Aramaic, so to speak the younger sister of the biblical Hebrew.

The Bible still contains some Aramaic statements of Jesus (Mark 5:41; 15:34) as well as the typical Aramaic name of endearment "Abba", "Papa", with which He addressed his beloved heavenly Father YHWH.

So what was "Jesus'" Aramaic name?

In a roundabout way we come to the goal here. Because the problem is,

The Bridging: the Name Joshua

Joshua (Joshua) not only foreshadowed Christ as the one who faithfully leads God's people to their "promised land" - he also provides the necessary reconnection between the New and Old Testaments to reconstruct "Jesus'" true name!

"After receiving the tabernacle, our ancestors under Joshua brought it with them ..."

In the original Greek text, "Iesou" is written at this point, which does not refer to Jesus Christ here, but to Joshua, the leader of Israel after Moses' death: Likewise, the Greek translation of the Old Testament, the Septuagint, has the Greek form "Iesous" for Joshua, the assistant and successor of Moses.

From this we can conclude that Jesus and Joshua bore the same Hebrew-Aramaic name! For both were translated into the Greek form "Iesous".

Joshua's name, in turn, is "יהושע" in the Hebrew Scriptures, which are the Hebrew consonants Jot-He-Waw-Shin-Ayin. This name is found 216 times in the Old Testament. Apparently it was very popular in Israel, because there were several people with this name.

So the true name of the Christ was:

How Do You Pronounce יהושע, And What Does It Mean?

Which vowels belong between the framework of the letters Y-H-W-Sh-A, we cannot say with 100% certainty. But there are some indications:

About the first syllable:

About the second syllable:

Before the birth of the Messiah, his foster father Joseph received the following message through an angel:

"[Mary] is going to have a son. You must give him the name Jesus. That’s because he will save his people from their sins.’.“
(Matthew 1:21 NIRV)

The words "that's because" indicate that the true name of the Son of God originally expressed something: that he was the Savior sent by the Father Yahuah, the Almighty God of Israel.

But there is no longer any hint of this depth of meaning in the Greekized, Latinized, Anglicized form "Jesus."

"Salvation" in ancient Hebrew is "yeshuah":

and "to save, to liberate" is "yasha" in ancient Hebrew:

Dr. Henry Clifford Kinley writes in his book, "Gospel of The Kingdom. True Names and Title":

"In the New Testament of the King James Bible of 1611 there appeared the name Yahshua ... originally wherever the Messiah was spoken of."
(1931, Ohio USA)

The true name of the Messiah meant "Yahuah's salvation."
and it was most likely

Not only would the name of our Creator Yahuah be forgotten, but also the name of His Son Yahusha.

"26 How long shall there be lies in the heart of the prophets who prophesy lies, and who prophesy the deceit of their own heart,
27 who think to make my people forget my name by their dreams that they tell one another, even as their fathers forgot my name for Baal?“

The Name "Jesus" – an Homage to Zeus?

Some worry that the Greek form "Iesous" could be a hidden homage to the main Greek god Zeus.

In fact, in English or Dutch, the second syllable of the name "Je-SUS" sounds similar to the pronunciation of "Zeus" in the same language, namely: [ sœs ].

In German, however, a clear difference can be heard: "Zeus" = [ tsois ], and especially in Greek, because a Greek pronounces the name Zeus completely differently: "Zeus" = [ dzefs ].

So it is quite unlikely that a Greek was reminded of Zeus by the name "Iesous", and that means: All-clear!

Others fear that the name "Jesus" could have an insulting allusion to the Latin "sus" = "pig, wild boar, sow", and that this is an unclean animal for the Jews. What should we make of this?

Yes, the possibility exists ... if one is
— a Greek speaking Christian
— with knowledge of Latin and in addition
— with Jewish roots.

Because the Latin form is not "IESUS", but "IESU" or "IESUM". "Jesus" is, after all, derived from the Greek. What Greek speaking Christian would know the Latin meaning of Sus and take offense at it like a person of Jewish faith? Besides, there are no longer anz religiously unclean animals for Christians. Therefore, the name Jesus should be without negative connotation for most.

A bit of background information: Jewish law specifically forbids mentioning the name of criminals against God or the name of their deities:

"Pay attention to all that I have said to you, and make no mention of the names of other gods, nor let it be heard on your lips."
(Exodus 23:13 ESV)

The Jewish leaders falsely accused Yahusha of "making himself equal to God!" (John 10:33) and condemned him to death as a blasphemer.

Therefore, in order to write about Yahusha without mentioning his name and thus breaking the law, they wrote the acronym "Y'SHW," which are the initial letters of the sentence:

"May his name and memory
be wiped away".

"YESHU" is one of the strongest curses in the Hebrew language and is placed after the names of particular enemies of the Jewish people. It was also common to abbreviate names of people because of their misbehavior, that is, to intentionally mutilate the name:

Rabbi Johan Kemper says in reference to Jesus:
"Even today [the Jews] mock him by rendering his name without 'ayin [the last letter]: Yeshu, meaning: yimmah stud wezikro, 'May his name and memory be wiped out.' "
(Source: Wikipedia)

You can see how much the name "Jesus" or even "Jesu" resembles the Hebrew curse "Yeshu"! Also, there was a people group in Israel who could not pronounce "Sh" and instead always said "S" (the episode with the password "Shibboleth", Judges 12:5,6),

Since we know this, we have therefore decided to use the name Yahusha instead of "Jesus."

Looking Into The Future: The Name "Jesus" And The Antichrist

In the last days, Satan's Anti-Christ will come, take the place in the temple and pretend to be "God" himself:

"3 Let no one deceive you in any way. For that day will not come, unless the rebellion comes first, and the man of lawlessness is revealed, the son of destruction, 4 who opposes and exalts himself against every so-called god or object of worship, so that he takes his seat in the temple of God, proclaiming himself to be God."

Anti-Christ means "against Christ" or also "instead of Christ". The pseudo-Christ will pretend to be "Jesus".

The construction of the third temple is extremely pushed by the Antichrist powers (Zionist Jews, the apostate "wife" of Yahuah).

When the time comes and the satanic "Messiah" appears, most Christians will address him as Jesus and worship him.

But if the Antichrist is then addressed as "Jesus" — how is the real Messiah to be addressed?
Which name will you call upon?